History of the museum and collection

The main theme of this room is the figure of the founder and creator of the museum - Fr. Józef Jarzębowski. Here you can learn about the history of the collection and the gathering of collections as well as the biography of Fr. Joseph. Archival photos from Bielany near Warsaw, from the 1920s, from Santa Rosa (Mexico) from the 1940s, are an interesting supplement to this story. Trunks and suitcases and a map of the world with the marked journey of Fr. Józef Jarzębowski in the years 1939-1953 show the realities of our patron's wandering life during World War II. 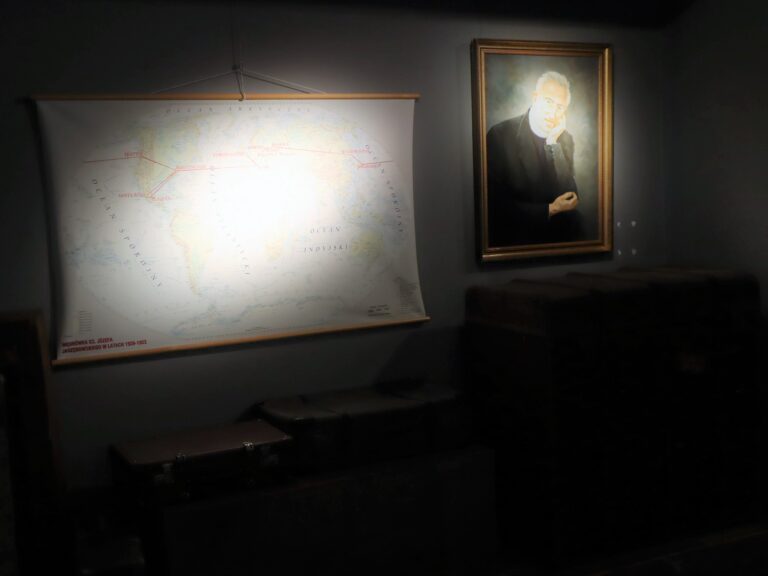 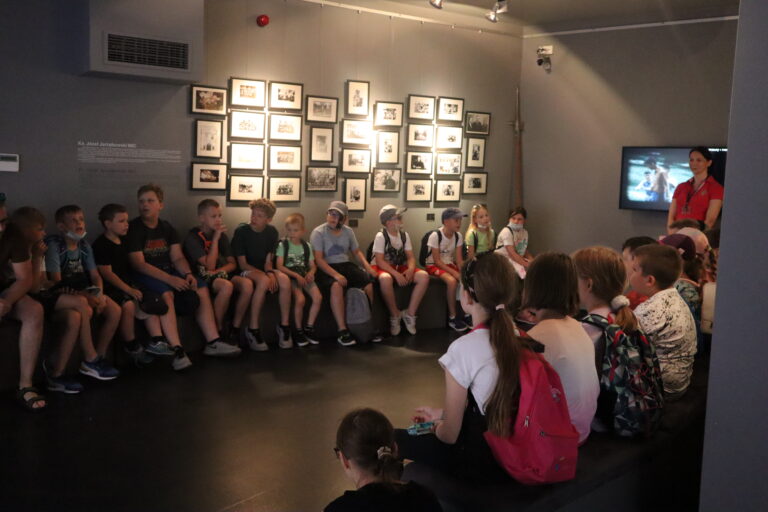 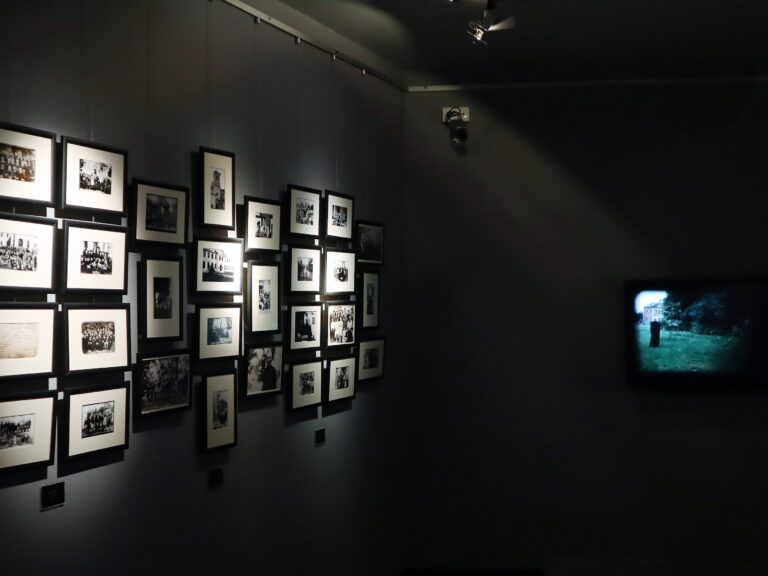 The collection presents the fate of the First Polish Republic (from the middle of the 15th century to 1795). The republic called nobility was not homogeneous, it consisted of many nations which had their own rules of granting and recognizing nobility. In this room we present, among others kontusz sashes, royal documents, including an ennoblement document for Franciszek Raczkowski, autographs of Polish hetmans, elements of armor, hussar shells, including a hat. A beautiful horse row from 1700, or a valuable collection of edged weapons from the 16th and 17th centuries, including the fully preserved hussar's concussion from the second half of the 16th century. The corner referring to the culture of Turkey and Persia shows the fascination of our ancestors with what is eastern, especially after the victorious battle of Vienna. (showcases show Turkish and Persian pouches, helmet, sabers, belt, shields). 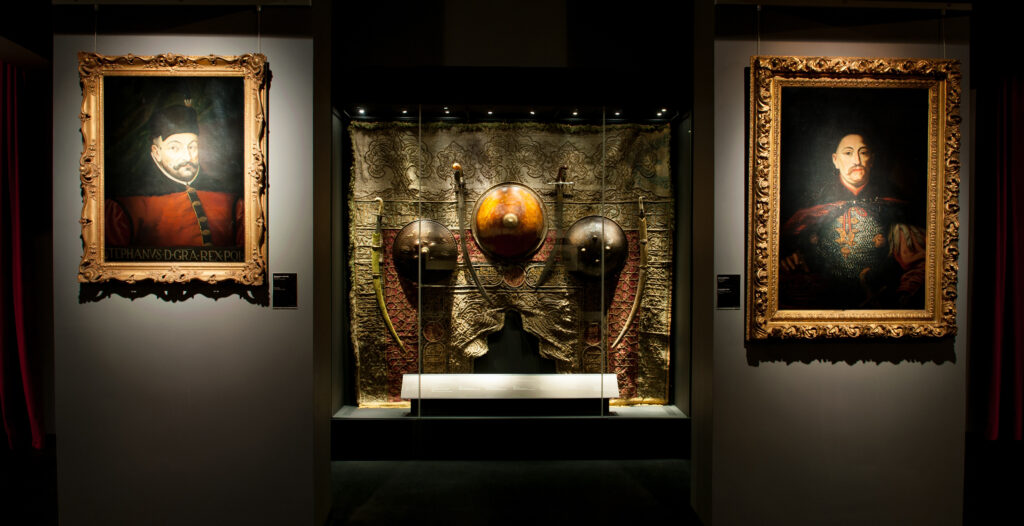 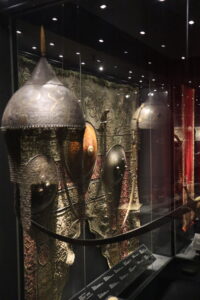 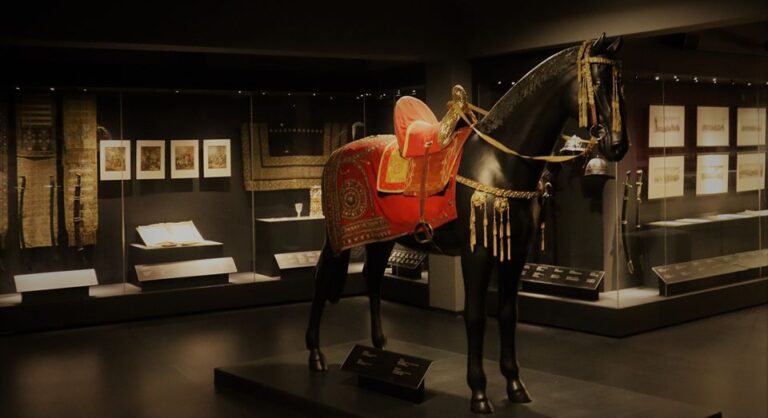 In the Roads to Independence room, you will see souvenirs related to the struggle of Poles for a sovereign homeland. The collection is divided into several segments showing, among others Constitution of May 3, Kościuszko Uprising (Tadeusz Kościuszko's autograph), November Uprising (Patek's watch, patriotic jewelry, Józef Poniatowski's autograph), January Uprising (Romuald Traugutt's glasses, National Government seal), through World War II (uniforms, helmets, striped uniforms) , interwar period, for the T-shirt in which Romek Strzałkowski died in 1956. 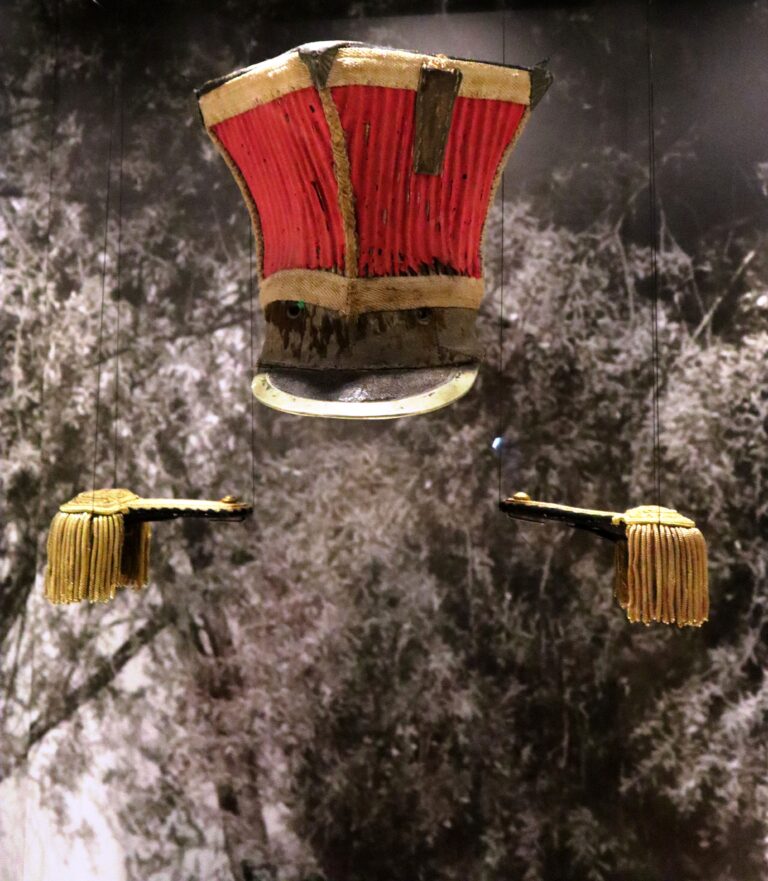 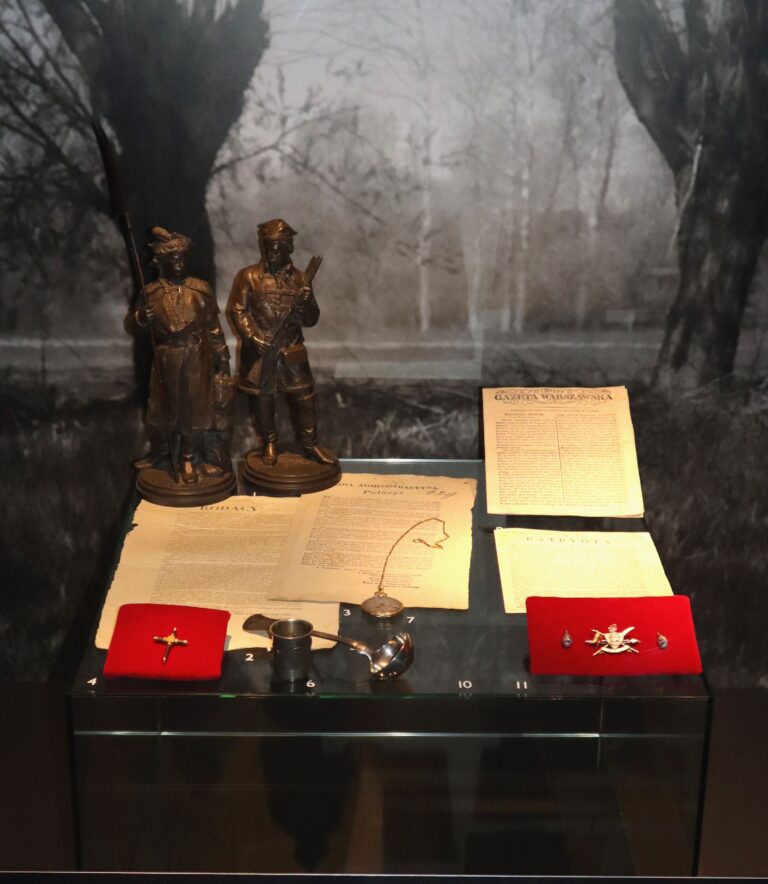 We organize exhibitions related to important anniversaries in this room. The museum collection is very rich, the collections include, among others old prints, manuscripts of Polish writers, a collection of sabers, kontusz sashes, souvenirs from national uprisings, autographs of Polish kings and hetmans. The variety of the collection proves the wide interest of Fr. Józef Jarzębowski and his successors. Every year we prepare at least one new exhibition. 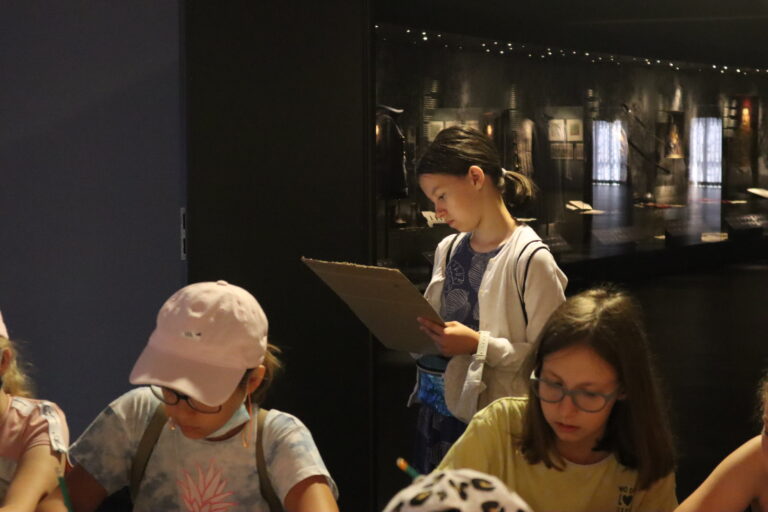 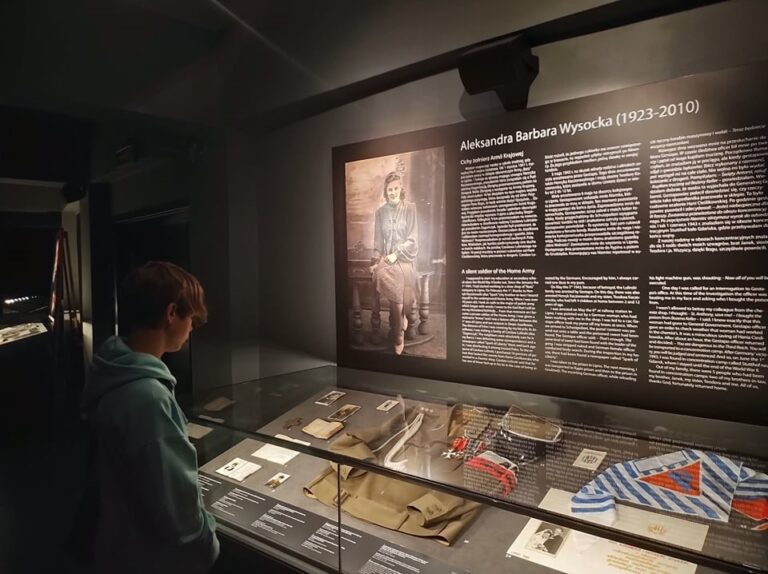 The vault of the old book

A visit to this room is an opportunity to see incunabula, old prints or handwritten books. Here you can see the "Commune incliti Poloniae Regni privolegium constitutionem" written by Jan Łaski (1456-1531), the so-called "Statutes of Jan Łaski", issued in Krakow, in the printing house of Jan Haller, 1506, as well as "The Life of St. Stanisław Biskup ”written by Jan Długosz (1415-1480). Its size attracts attention to the "Book of Hymns and Psalms", the manuscript, the parchment codex written by Francisco and Brandelio, in Rome, in 1750. It is also worth paying attention to three Bibles - Leopolites from 1577, Brzeska also called Radzwiłłowska from 1563 and Jakub Wujek from 1599. 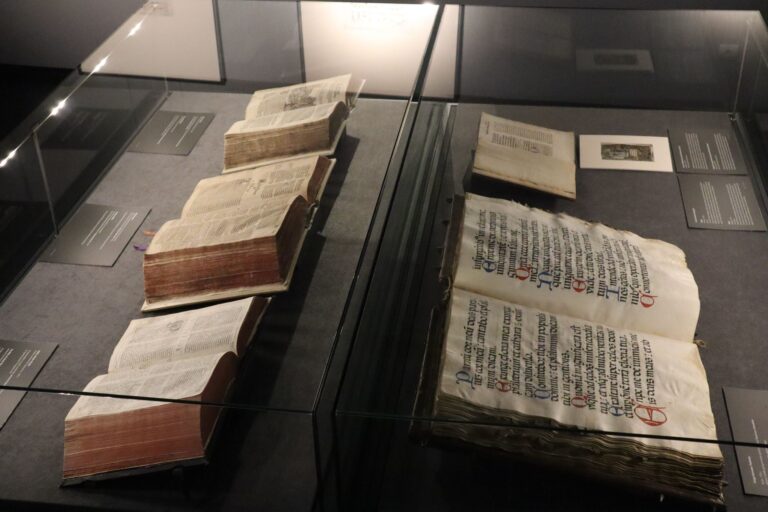 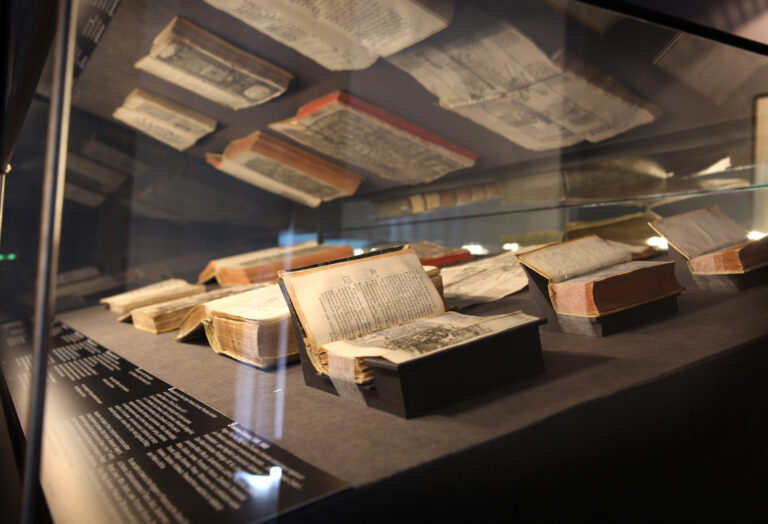 The exhibition in this room is a collection of sacred art from the museum's collection. The exhibits show the relationship between the history of religious and spiritual life and art. Painting is mainly copies of great masters, incl. Leonardo da Vinci, Pietro Perugino, Francesco Raibolini, Peter Paul Rubens. Also noteworthy are sculptures from the 18th and 19th centuries, from the sphere of Spanish culture, fabrics (including a chasuble from the 16th / 17th century), monstrances, and Mary shown as a Child in a cradle from Maison Raffl in Paris. 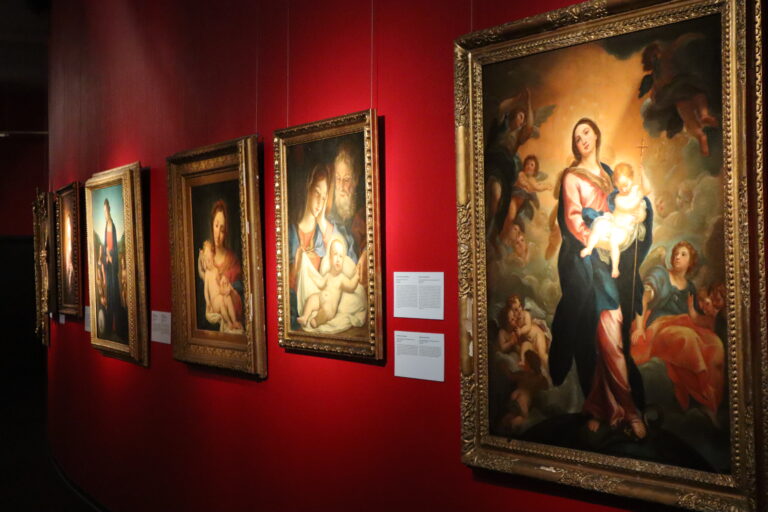 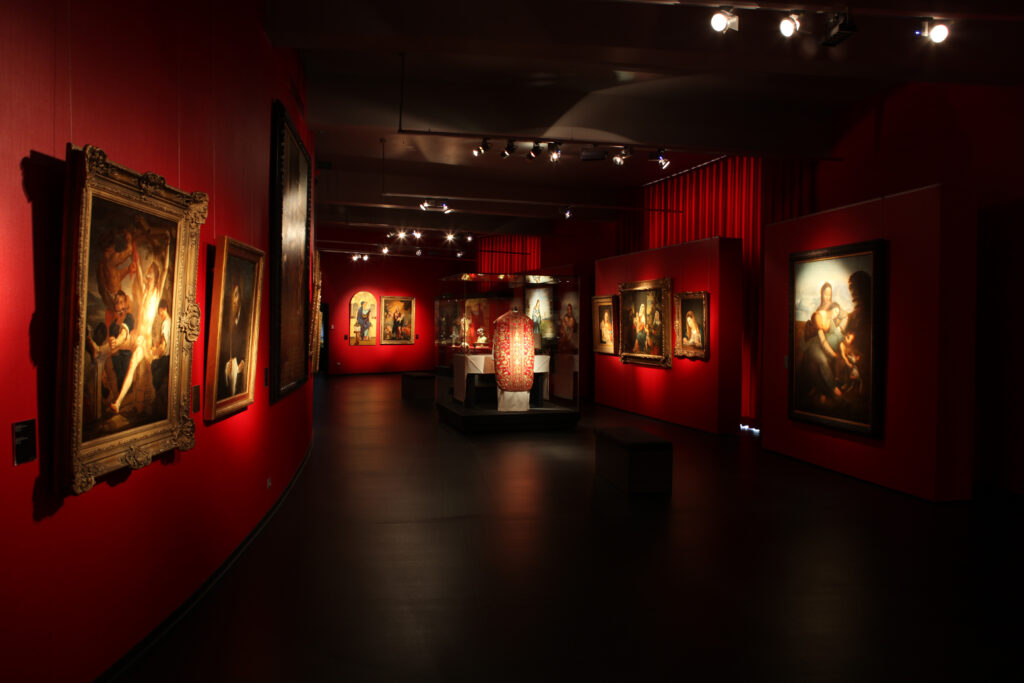 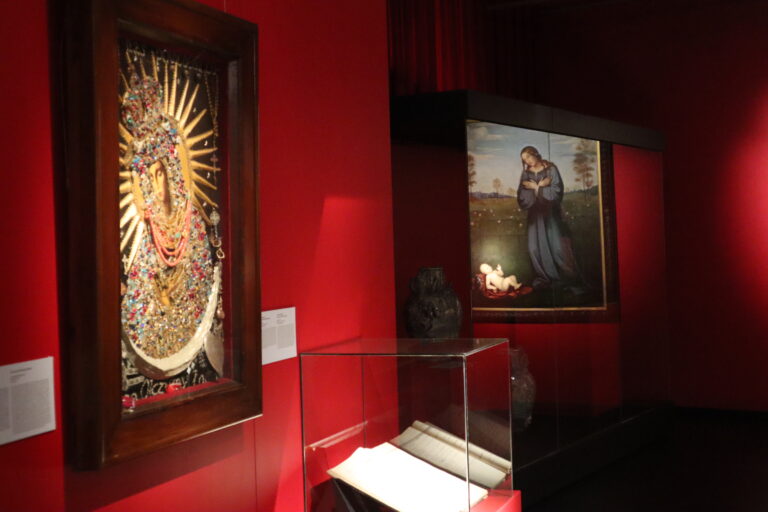 Graphics include techniques that allow you to duplicate a drawing on paper or fabric from a previously prepared form. Our collection of graphics and drawings has been built successively from the very beginning of the museum. It includes works by many eminent Italian, Dutch, French, German and Polish graphic artists, including Rembrandt, Jan Piotr Norblin, Daniel Chodowiecki, Lukas Vorsterman, Cornelis Galle, Stefano della Belli, and Federico Baroccia. Drawings incl. Jan Matejko, Henryk Siemiradzki, Józef Brandt. 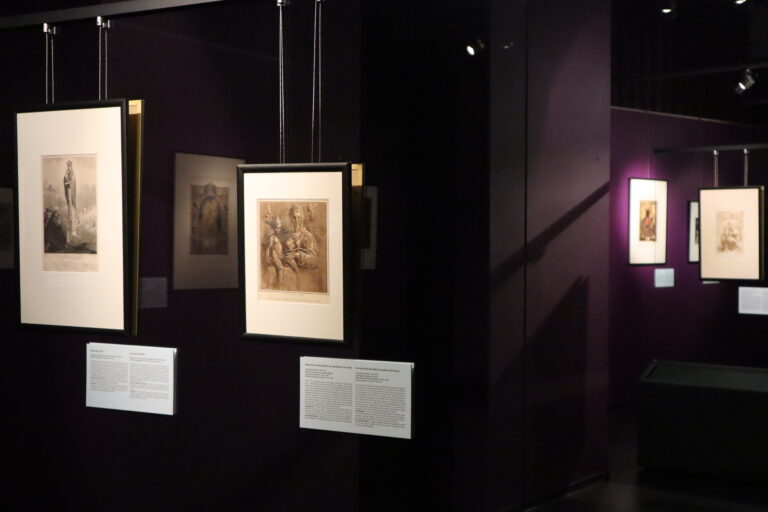 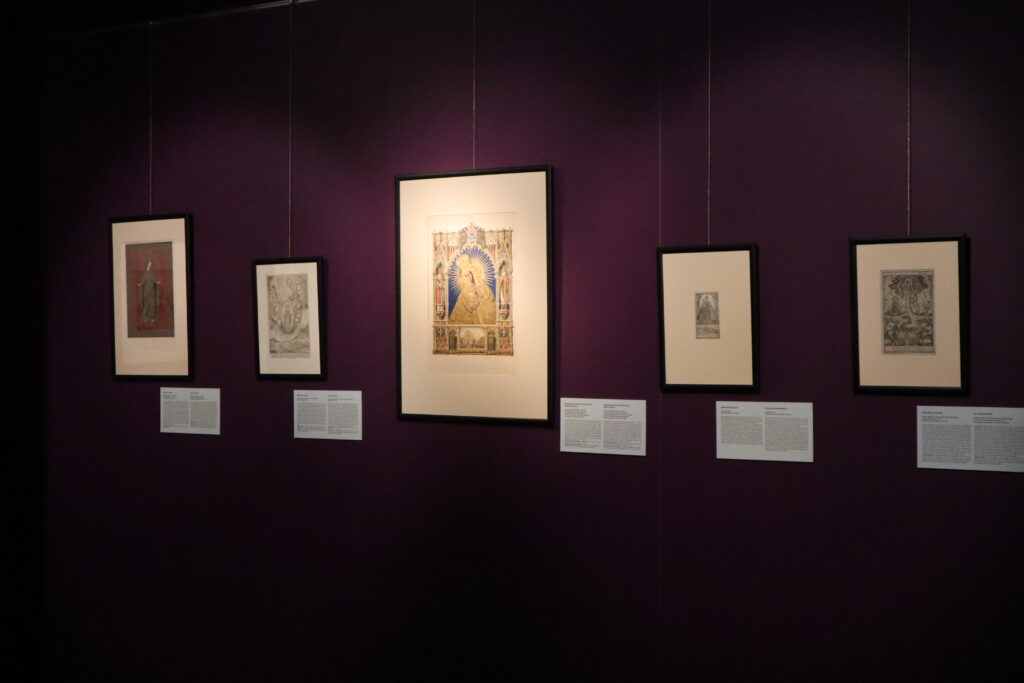 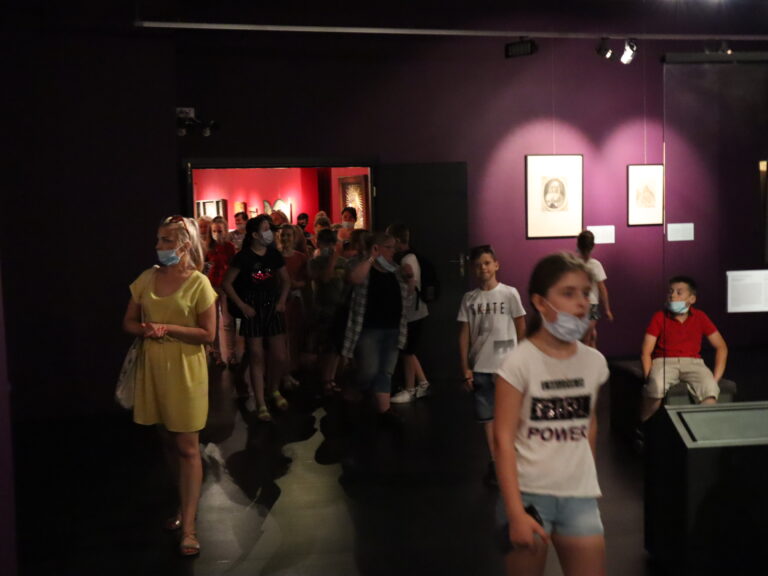