The retreat in preparation for general confession has already started. We invite you.

Another edition of retreats in preparation for general confession takes place at the Marian Sanctuary in Licheń. - "It is a time of grace and silence, which is to help you analyze your life" - says Fr. Jarosław Hybza, MIC from Licheń, who, during a four-day retreat, tries to show participants the right path leading to God, through renunciation and rejection of the sin that weighs on the human heart.

Among those who decided to undergo a retreat in preparation for general confession, there is Mrs. Lucyna from Luboń near Poznań, for whom this is the first retreat at the Licheń sanctuary. However, only now, after retiring, she was ready to make a decision to come to Licheń and take advantage of the opportunity to summarize her life: - “I had my first general confession at the age of 28. It was shortly after my conversion two years earlier. I joined the Renewal in the Holy Spirit, where I liked it very much. However, after I got married, my spiritual life was relegated to the background. I went to church, but it was not like before - you know: home, family, children, daily duties. Now, when I am retired, a desire has matured in me to sort out some unsaid and unclear matters of things. "

Mrs. Lucyna paid particular attention to the way of translating and explaining the issues contained in the Holy Bible by Fr. Jarosław Hybza, MIC. - “The way of conveying the retreat priest is sensational for me. Until now, I had not been used to such a deep analysis of the biblical texts. And it turns out that difficult topics can be conveyed in an extremely simple and clear way. Besides, I feel the guidance of the Holy Spirit who opens and shows certain things. "

The Marian retreat leader, Fr. Jarosław Hybza, MIC, speaking of the essence of these spiritual exercises, emphasizes the fact that while introducing the participants to the contents of the Bible, he tries to convey to them that they should not focus on sin, but on God's mercy, which cleanses and gives new life, thanks to which they can prepare for the new birth with and for Christ. - “Retreats in preparation for general confession are a time of grace and silence, which is to help you analyze your life. Thanks to this, we can stop at those moments and sins that we did not confess before for various reasons - because, for example, we were ashamed of them, embarrassed or simply forgot about them. It is especially about the sins that bother us a lot, which are deeply engraved in our heart. The retreat in preparation for general confession is an opportunity to confess honestly and authentically of all these sins ”.

During the retreat, the Marian tells the participants that a good confession has a confession in three words. It should be simple, short and honest. - "Here in Licheń, in the house of Our Lady, we are trying to prepare the faithful to express everything that is hidden deep in the heart once and for all in a simple, short, accessible, clear and concise manner" - adds the priest.

The central moment of each retreat day is participation in the Holy Mass. Retreatants can do it by joining the Eucharist celebrated in the Lichen basilica or in the parish church of St. st. Dorothy.

This year it is the second round of retreats in preparation for general confession. People who would like to experience these or other retreats organized by the Marian Sanctuary in Licheń Stary, please contact the Pilgrim Service Office by phone (63 270 81 63) or by e-mail (lichen@lichen.pl).

More about the retreat here 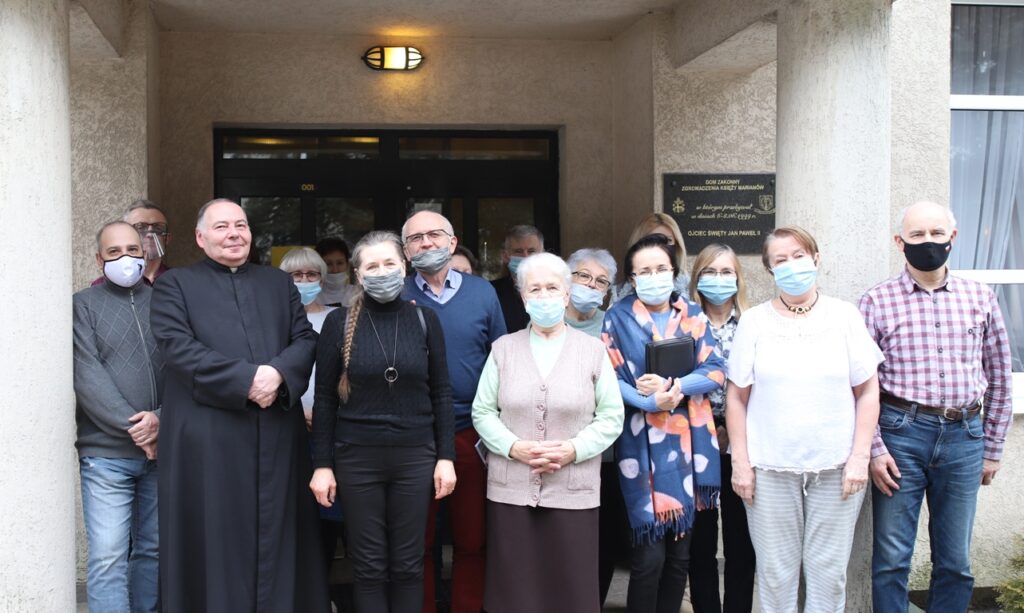