Festival of Joy "Mary and the Young"

The Marian Sanctuary in Licheń Stary together with the ELO community, i.e. the Licheń Evangelization Center, through music, singing, adoration of the Blessed Sacrament, participation in conferences and workshops, promote Christian values among young people and worship God together.

A lot Prayers Smile Having fun 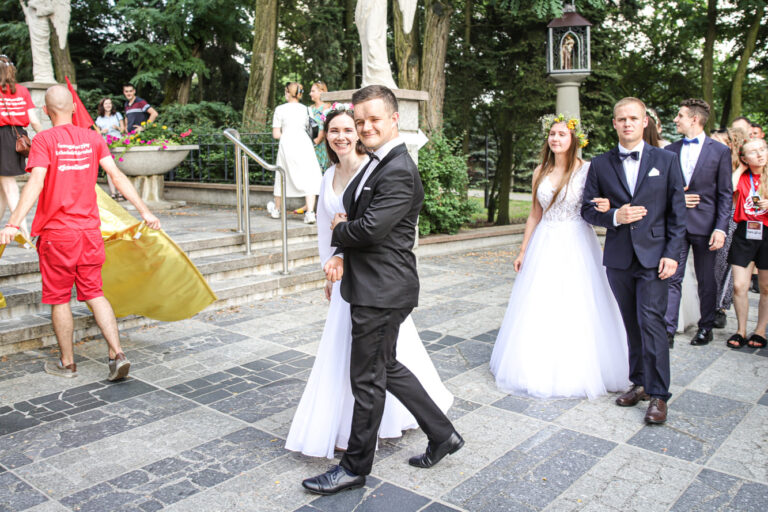 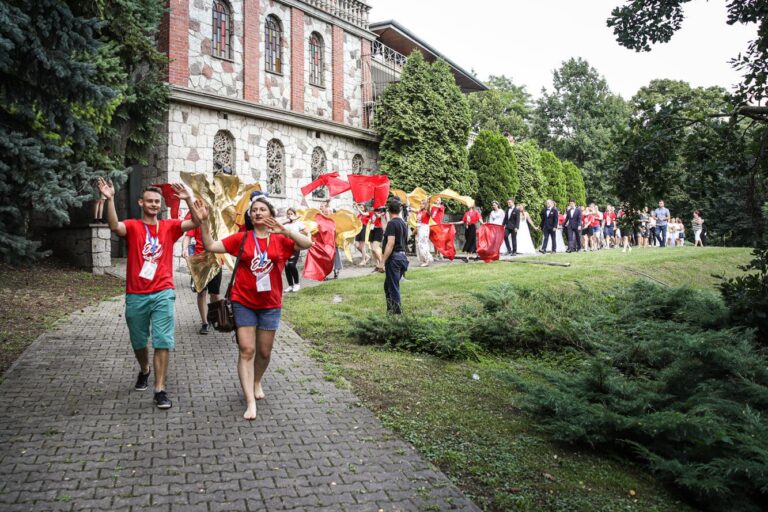 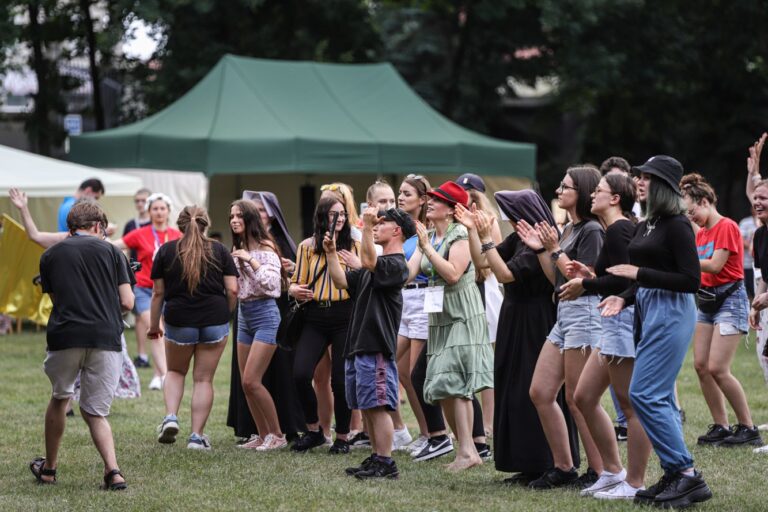 The meeting was held in the convention of a wedding, on the model of the evangelical wedding in Cana in Galilee, where Jesus turned water into wine. The event started at 10.00 at the coronation square in the old part of the sanctuary. It was opened by the ELO community, that is, the Licheń Evangelization Center "Kecharitomene" together with Fr. Janusz Kumala, MIC, the custodian of the Lichen sanctuary, who emphasized that Licheń is a special place beloved by the Mother of God.
At 12.00 there was a concert by Fr. Jakub Bartczak. "We have strength, we have faith, Christ is king, Christ is Lord" - the participants of the festival proclaimed the glory of God together with the raping priest. The priest encouraged us to glorify God by telling, among others, about the experience of death and illness, which taught him that it was God who gave strength.

From the very morning participants had the opportunity to take part in many interesting workshops, including floristic, acting, makeup and dance. The organizers also planned places for intercession, a testimony tent, a board game tent and a VIP tent. Young people also had the opportunity to taste venison, try their hand at a climbing wall or in a pillow fight, paint their faces, and dance with flags praising God. There were also conferences connected with the marriage certificates of Monika and Marcin Gomułek (15.00) and Karolina and Maciej Piech (18.30).
At. At 4.30 p.m. on the coronation square, a wedding procession was formed, which went to the coronation altar at the church of st. Dorothy. The procession was led by young couples who during the Holy Mass. at. 17.00 they renewed their marriage vows.

We have to look at Light

The Eucharist was presided over by Fr. Piotr Kieniewicz, MIC. Holy Mass concelebrated by: Fr. Janusz Kumala, MIC - the curator of the Lichen sanctuary, Fr. Rafał Krauze, MIC - pastor of the parish of st. Dorothy and Fr. Dawid Klimera, who came to the Lichen festival with young people from Rybnik.
In the word of Fr. Kieniewicz referred to the Gospel read according to St. John about the wedding at Cana in Galilee. - “The Word of God says that there is joy when the Bridegroom is among us. That is why we must constantly preserve the state of sanctifying grace - we cannot have darkness in our hearts ”.
The priest added that we must invite God into our lives. - “To have light in our hearts, we must look to the light, to Jesus. Having light in our hearts, we invite other people to our life. "
Father Piotr emphasized that the joint prayer of the spouses is a necessary condition for achieving joy in the heart. He noted that it is not easy, but it should be remembered that the relationship in marriage is about love and trust, not about power and submission. - "If you want to reconcile with someone, you must submit yourself completely to the judgment of mercy."
Fr. Kieniewicz also pointed to three issues that the spouses should experience together each night before going to bed: common prayer, mutual reconciliation and blessing.
- “Christ brings true joy and love. They arise because the Bridegroom is with us. Let the meeting with the Bridegroom ignite faith in our hearts: that there is life, true joy "- concluded the priest.
During the festival in the church of St. Dorothy was adoring the Blessed Sacrament and there was an opportunity to go to confession. 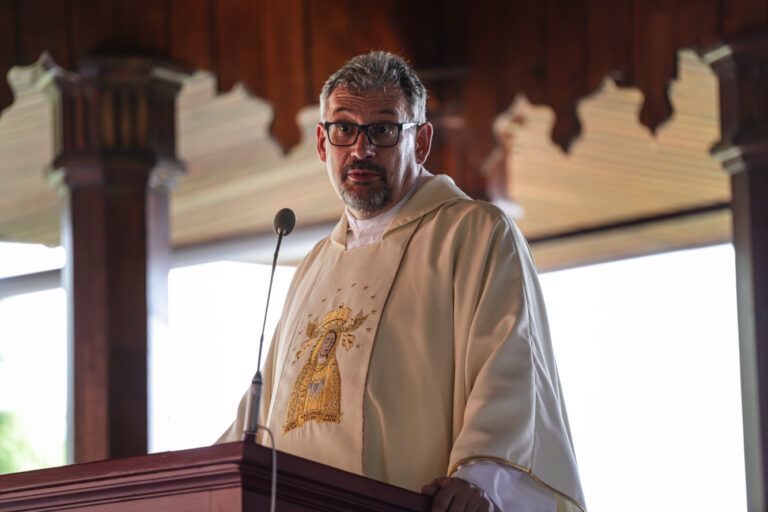 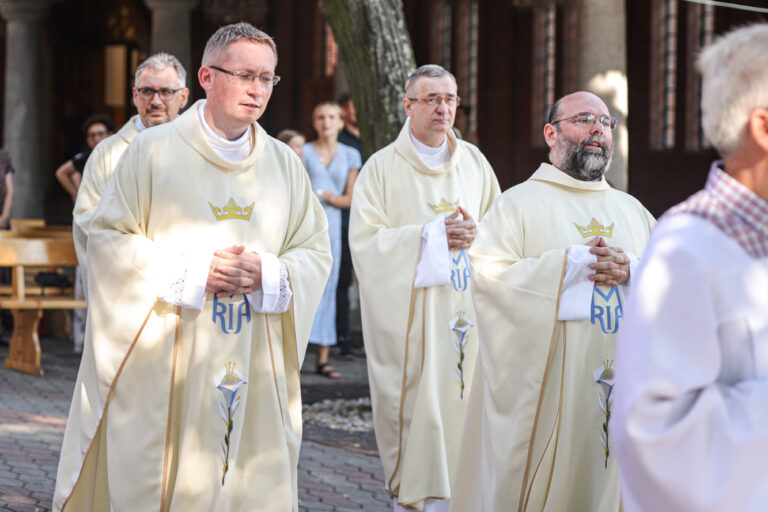 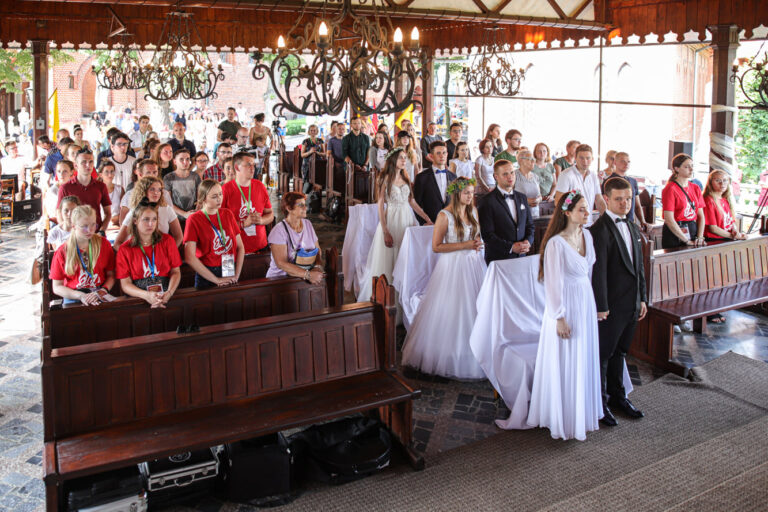 At the end of the festival, there was a concert performed by two hip-hop bands: "Wyranego z captoli" and "Muodych kotów". Throughout the day, participants could take advantage of the food trucks offer, where they could eat something sweet and nutritious.
The honorary patronage over the event was taken by: HE Bishop Krzysztof Wętkowski - bishop of the Włocławek Diocese, Mr. Stanisław Bielik - the starost of the Konin County and Mr. Mariusz Zaborowski - the mayor of the city and commune of Ślesin. The festival patrons were: Katolicka Agencja Informacyjna / KAI, Polish Press Agency, TVP3 Poznań, TV Maksymilian, Telewizja Wielkopolska, Radio Emaus, Radio Niepokalanów, Konin FM 104.1, Portal Opoka, Stacja7.pl, Portal LM.pl, Przegląd Koniński, Tygodnik We go.