Fr. Józef Jarzębowski is easy to find in each of the preserved photographs. The extraordinary height (two meters) meant that his figure rose above the heads of others. It is his passion for collectors, love for the homeland and dedication to his tutor's work that we owe a collection of national souvenirs, which make up the collection of the museum named after him in Licheń. Summarizing his life himself, he wrote that he had to collect Polish children and national souvenirs around the world.

Expelled from school for defending Polishness

Father Jarzębowski was born on November 27, 1897 in Warsaw. His childhood was not easy: first his siblings died, and when he was only six - his father died. Then he moved with his mother to Nowe Miasto nad Pilica. As a child, he was so seriously ill that "by a vow, his mother offered him to serve God ...".

In 1911 he was expelled from school for defending Polish identity. Thus, the doors of all schools in the Russian Empire were closed to him. With the help came oo. Capuchins, who helped him to get to the territory of the Austrian partition, to the school of Salesian priests in Oświęcim. He had a real devotion to Mary, whom he considered to be his mother, following the example of Stanisław Kostka. In 1916 he joined the Marian Sodality.

He wrote the song "Blue Let's Roll Out the Banners", which became the association's anthem around the world. It was also the hymn of the Bielany College and the College of Divine Mercy in England. In the Sodality, he met the Marians, incl. Superior General, beatified in 1987, Fr. Jerzy Matulewicz (1871-1927) and Fr. Leon Kulwieć - the moderator of the Sodality. It was Matulewicz who in 1909 led to the revival of the Congregation of Marian Fathers, condemned by the Russians to extermination.

The beginnings of religious life Jarzębowski decided to enter an indigenously Polish order devoted to the honor of the Mother of God. On the advice of Bl. Father Honorat Koźmiński in 1917 chose the Marian Fathers, who, after expelling the Russians from Warsaw in 1915, took over the post-Camaldolese herm in Bielany near Warsaw.

In 1919, on behalf of Warsaw's Catholic organizations, he welcomed General Józef Haller (1873-1960) who came from France. The army commanded by General Haller was called "blue" because of the color of their uniforms. After the fights on the French fronts of World War I, its units were the only ones representing Poland in the victory parade at the Arc de Triomphe in Paris.

The friendship that was born between the "Blue General" and Fr. Jarzębowski survived until Haller's death. In 1920, the seminarian Józef joined the Polish army with other seminarians to defend Warsaw against the Bolsheviks. They were assigned to the sanitary service and treated the wounded for several weeks. In 1922, he made his perpetual vows. This year, he also started collecting the first souvenirs. Luckily, the young, enthusiastic seminarian-collector found the understanding of the religious superiors. Collecting began with a few old coins, maps and an autograph of Kazimierz Ujejski.

The priestly ordination of Jarzębowski was scheduled for Sunday, September 23, 1923. Unfortunately, he did not have time to arrive from Bielany on time to the private chapel of the field bishop Stanisław Gall (1865-1942). The ordinations did not take place and everything indicated that they would be postponed for a long time. However, deacon Jarzębowski, who had a great devotion to the souls in Purgatory, prayed through the intercession of Alojzy Sikora - his deceased friend from the time of the Salesian gymnasium - and was prompted. He went to Cardinal Aleksander Kakowski (1862-1938) to ask for help. The new ordination date was set for September 30. In his notes he noted:

In 1923, he began studies at the University of Lublin, but had to quit them after two years due to the risk of lung disease. Then he started working as a teacher and educator at the College of Marian Fathers in Bielany in Warsaw. For the purposes of teaching, he started creating a museum with national memorabilia. He worked there with breaks for 14 years, until the outbreak of World War II. He was a teacher of Polish language, history and religion in various classes of junior high school, and at the same time a tutor of the younger classes in the boarding school. He remembered about his pupils all his life. He followed their fate, found them in all the places to which wandering had thrown him. He was also the creator and guardian of the library, which over time had a population of 30,000. volumes. He passionately collected incunabula, manuscripts and autographs of important Poles, historical documents and memorabilia illustrating the history of Poland, especially national uprisings. As a result, he became the creator of the school museum. Until 1939, most of the books published in Poland and abroad, devoted to the January Uprising, and especially the person of Romuald Traugutt, were collected. The collection had the opinion of one of the most important sources of knowledge about the times of the uprising in 1863. After the outbreak of World War II, on the orders of his superiors, he left Warsaw and went to the Marian house in Druya. However, he ended his journey in Vilnius, because at the same time Lithuania was occupied by the Bolsheviks. He entrusted some of the museum's collections to his friends. He took the most important exhibits - including Traugutt memorabilia - with him. When he was undergoing the search, he put Traugutt's glasses on his nose and thus saved them. In Vilnius, he met Fr. Michał Sopoćka (1888-1975), the confessor of Sister Faustina Kowalska, who told him about the devotion to the Divine Mercy.

Apostle of Divine Mercy in the world

He served in the internment camp for Poles in Wiłkomierz. When he was closed, he found himself in the street, he sought help in praying to the Divine Mercy. The problem of the apartment was soon solved. In the spring he went to Vilnius and in the church of St. Michael, in front of the image of Merciful Christ, vowed to become an apostle of God's Mercy in the world, if he managed to escape from the Bolsheviks abroad. Against all odds, on February 26, 1941, he set off on the Trans-Siberian Railway to Vladivostok. He traveled through Japan to the United States, where he began to popularize the Novena to the Divine Mercy. Soon American Marians joined in this work and the service set out into the world. Wherever Fr. Jarzębowski spoke about God's Mercy. He also entrusted to God's Mercy the college he founded for Polish children in England after the war.

In November 1943 he came to Mexico. There were Polish orphans rescued from "inhuman land". For seven years he worked with unlimited dedication at the Center for Polish Refugees in Santa Rosa, and then at the orphanage for Polish children in Tlalpan. He was a chaplain, headmaster of a gymnasium, teacher, and a scout troop. At that time, he did not stop searching second-hand bookstores, where he found valuable souvenirs related to Poland, incl. Polish saber from the times of the Constitution of May 3.

Fr. Throughout his life, Jarzębowski was charmed by the heroes of the January Uprising and its leader Romuald Traugutt. One of the friends of Fr. Jarzębowski wrote about him:

Although he was alive and active in our times, Father Józef did not belong to our age. It seems that those people from January were much closer to him, more his own. He turned around among them as if among the living, saw them as they were awake, resurrected their thoughts and feelings, reading in their souls as in an open book. When he talked about them, it seemed to me more than once that he himself was one of the figures of Grottger's insurgent cardboard boxes, and that he would rather like a Confederate woman than a priest's cap. Because in spirit he was just like an insurgent, and of those insurgents who never let anyone break.

Fr. When asked about how he managed to carry out so many projects, Joseph replied:

Somehow it so happened that God and good people helped.

He had friends who identified with his mission to build a place in a foreign country filled with the history of Poland. He also had the gift of searching for valuable exhibits. He was able to reach the right people and win their sympathy for the school and museum. The library was his favorite place to work and talk with his pupils. He looked at the future of Fawley Court with increasing concern, as if he had a feeling that his strength would not be long enough.

(...) what will happen if I am missing - and the entire museum heritage, which is already an achievement for Polish Catholic culture, may be lost?

He died in Switzerland in 1964. He ended his diary with the words: 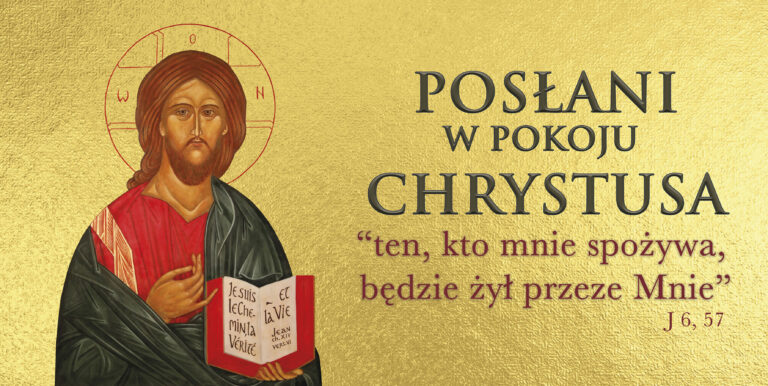